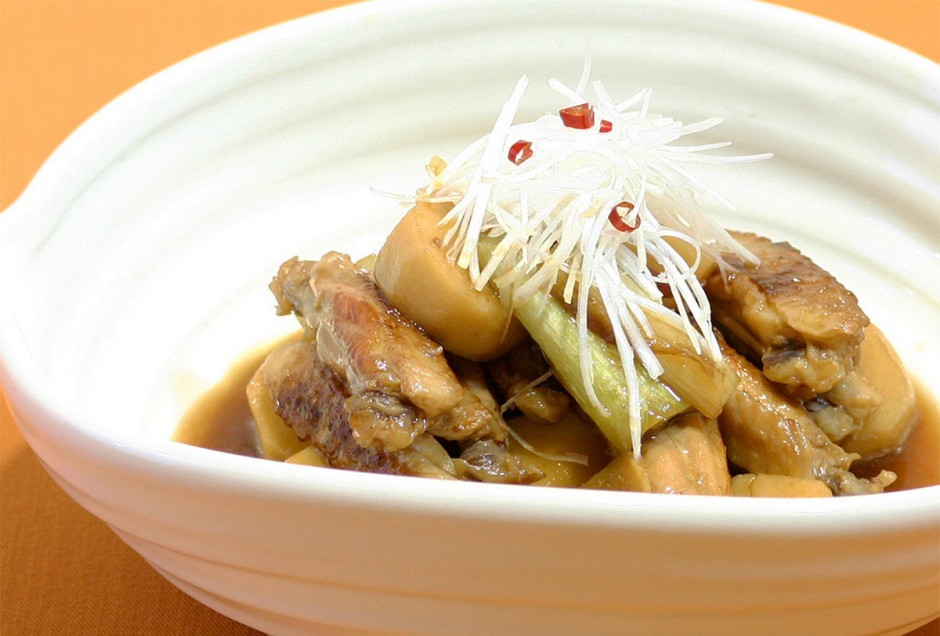 The chicken wings and green onion cooked after firmly baked. UNILLOY casserole can efficiently cook, boiled, baked, and simmered in same one pot.