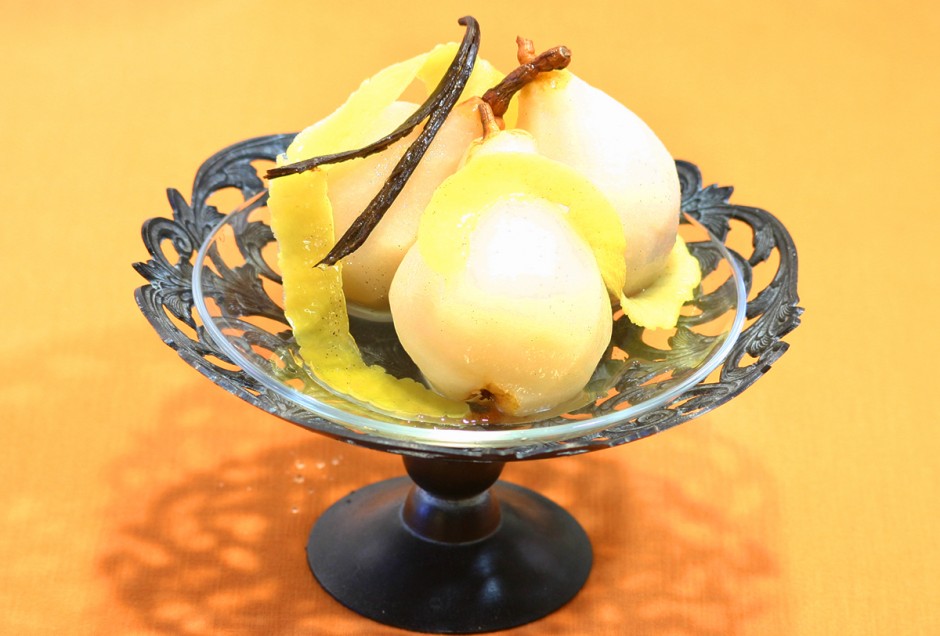 1, Instead of pear, It can apply oranges, figs, peaches, and even in such as dried fruit.
2, Instead of vanilla beans, it can also be made by cinnamon, cloves, and star anise such as spices.
3, To be not broken, simmered in the whole or half and also finished syrup without cloudy.
UNILLOY casserole heat storage effect and heat insulation effect is excellent. Residual heat cooking continued even down from fire after cooking over low heat.