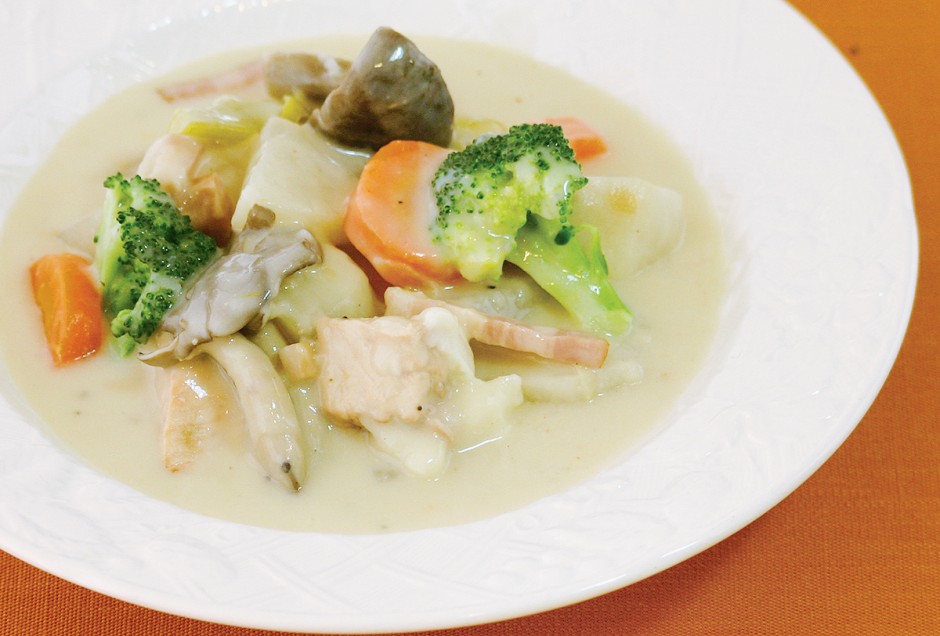 This is Japanese-style cream stew used seasonal raw salmon and root vegetables, and finished with miso as secret ingredient.
It get easier to make thickness by making a Burumanie that combined the butter and flour. UNILLOY pot is very good for slow cooking, since the thermal effect is superior, you can put it also on the table as cooked.